Said : Chris Skinner, author, blogger and co-head of the Financial Services Club, a European financial industry network, in an interview with Martin Hesse for Spiegel in London. Martin describes Skinner "a man who can feel London's pulse." 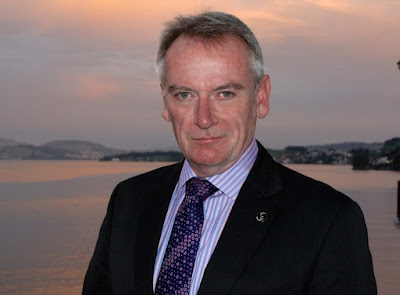 According to Skinner, London has reinvented itself over and over as a strong megacity as it posses all the required strengths : People speak English almost all over the planet, British law is acknowledged and applied in large parts of the industrialized world and London attracts talented, ambitious people. The city is both international and pragmatic.
Posted by Observer at 1:35 PM No comments:

When you’re deciding whether to plunge into a marriage, don’t ever make the mistake of thinking you’re marrying the person your partner is going to become, once he or she finally grows up.

He said this in context with key Republican Party leaders endorsing Donald Trump for the Party nominated presidential candidate, who totally believed Trump when he promised “I can be more presidential than anybody. I can be a totally faithful husband. You wait."

[When you’re deciding whether to plunge into a marriage, don’t ever make the mistake of thinking you’re marrying the person your partner is going to become, once he or she finally grows up or finds that perfect job or stops making meth in the basement. The only person you’re marrying is the one sitting right in front of you, and while some people do improve over time, only a fool would count on it.]

"On second thought, this advice probably comes too late for the Paul Ryans and Bob Corkers of the world, who were exactly this foolish when they wrapped their arms around Donald Trump and said: “I do.” But you know, they never asked," he added.

Commenting on Speaker Paul Ryan's refusal to un-endorse Trump, even after admitting that later's remarks about a Latino judge were racist, Matt wrote : "Deceived spouses always throw good money after bad. It’s hard to look in the mirror and admit you were had."
Posted by Observer at 12:11 PM No comments:

"I’m with her, I’m fired up, and I can’t wait to get out there and campaign for Hillary."

"I’m with her, I’m fired up, and I can’t wait to get out there and campaign for Hillary." —@POTUS pic.twitter.com/ptbhfpCooQ
— Hillary Clinton (@HillaryClinton) June 9, 2016

Posted by Observer at 2:36 PM No comments: 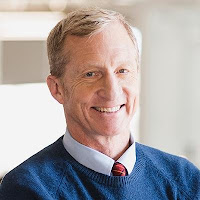 According to yahoo news' digital editor, Dylan Stableford, in his post, Steyer was explaining what took him so long to endorse Hillary Clinton.

“There is just a dramatic choice between these two presumptive candidates,” he said. “And it is really important that people rally around Secretary Clinton.”

Today I am endorsing @HillaryClinton for President. Now is the time for us to unite and defeat Trump. #ImWithHer pic.twitter.com/jymN60VD4z

Posted by Observer at 9:30 PM No comments:

“Elections are about people, they are not about policy. The biggest problem Hillary Clinton faces is, she’s the most famous person in the world who no one really knows”

Said : Mo Elleithee, who was Senior Spokesman and Travelling Press Secretary on Hillary Clinton’s 2008 campaign, as reported by USA Today.

Mo Elleithee is currently the founding Executive Director of Georgetown University’s Institute of Politics and Public Service, the first institute of its kind in the nation’s capital. A veteran of four presidential campaigns, Mo was Senior Spokesman and Traveling Press Secretary on Hillary Clinton’s 2008 campaign. He’s served as a senior communications strategist for numerous United States Senators, Governors, has worked on numerous other state-wide and local races in every region of the country.

Elleithee, highlighting Hillary's presidential campaign, endorsed the observation that, unlike eight years ago, this time the approach included showcasing individuals other than herself in paid advertising. “The message was about her,” emphasizing her experience, he said. “It never matched what people were looking for. This time it’s about fighting for you, and that matches this moment.”