There is “a complete absence of fear” in Silicon Valley right now, and more people than ever before are employed by companies losing money.

Said : Bill Gurley, General Partner, Benchmark Capital and the prominent investor behind Uber and Snapchat. He said this at the 22nd annual South by Southwest (SXSW) Interactive festival (held in Austin, Texas, held from Friday, March 13 through Tuesday, March 17.) during an interview, on March 15. The interview was conducted by award-winning journalist and author Malcolm Gladwell on the SXSW stage.

"There is no fear in Silicon Valley right now," Gurley said. "A complete absence of fear." Clarifying his stand on the bubble threat, he said : "We are in a risk bubble, not a tech bubble. We are taking on a level of risk never seen before in the history of Silicon Valley." Observing that more and more companies are today becoming dependent on venture dollars, Gurley cautioned that good companies need to be mindful of irrational venture capital funding to support competitors. 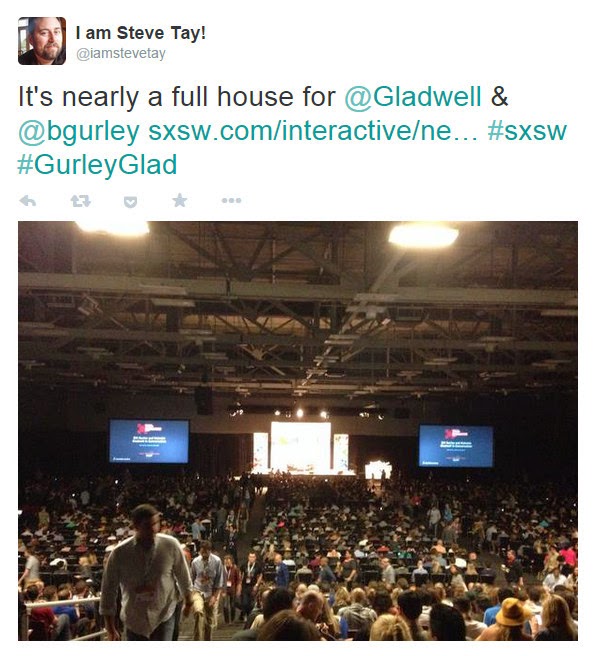 According to Steve Tay (@iamstevetay), who tweeted the entire interview live, Gurley opined that driverless cars must be virtually perfect to be acceptable to consumers. "It's shifting from drinking and driving to texting and driving. Let's just have less people drive," he said. Commenting on car sharing services like Uber, he said : "A product like Uber is absolutely transformational in any country or region it goes into." According to Gurley, Uber was the largest job creator in the San Francisco area accounting for over 300,000 drivers on the road. Another point, Gurley said, was that millennials now view cars as utility and not a social statement. This makes Uber a much better way to utilize the resource as 97% of cars are estimated to be idle. 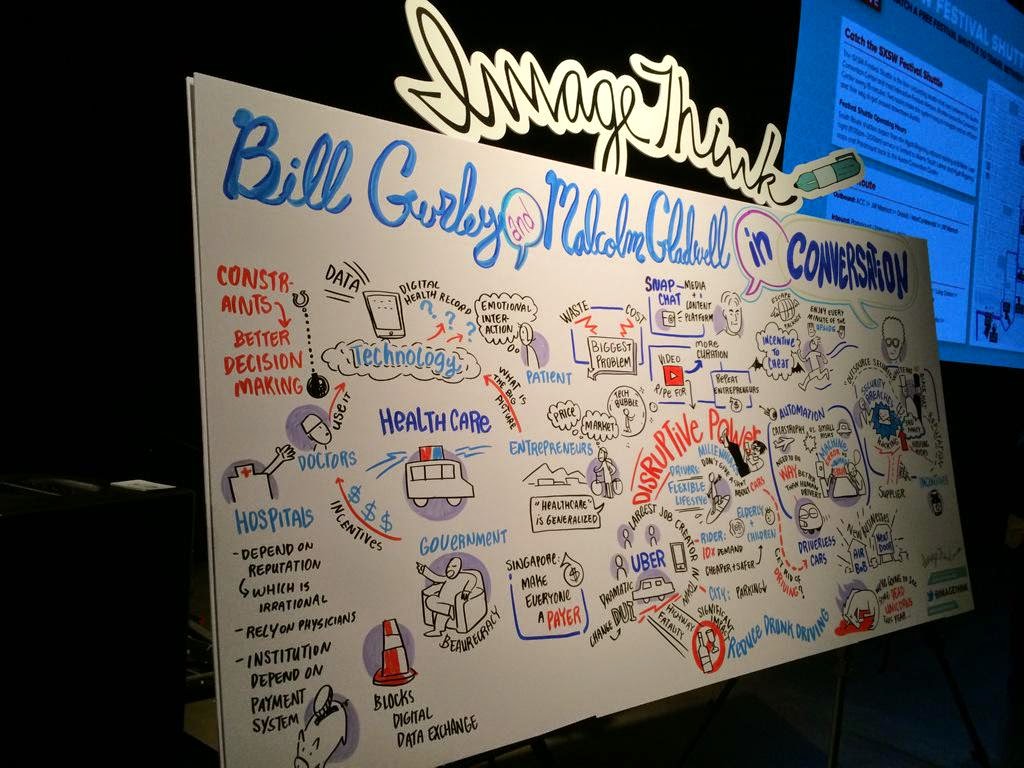 Acknowledging the role of risk in success of a venture, Gurley said : "The further you get away from risk, the more people forget about it." At the same time he observed that "We've reduced number of casual risks in exchange for more catastrophic risks." 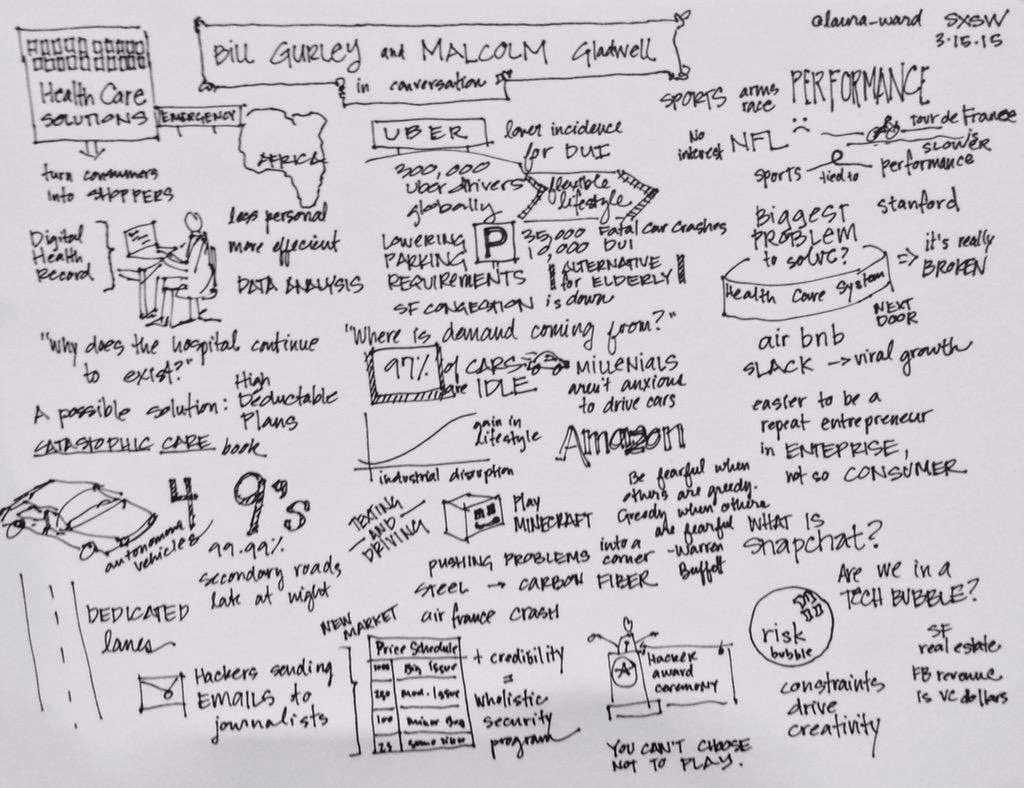 According to Southwest Interactive, Gurley and his partners at Benchmark led the early venture investments in GrubHub, Nextdoor, OpenTable, Snapchat, Stitch Fix, Twitter, Uber, Yelp and more. He writes a blog on the evolution and economics of high technology businesses called Above the Crowd. Gladwell, a staff writer at The New Yorker since 1996, is the author of five New York Times Best Sellers, including David and Goliath, The Tipping Point, What The Dog Saw, Blink and Outliers.
Bill Gurley is interviewed by
award-winning journalist and author
Malcolm Gladwell on the SXSW stage.
Posted by Observer at 11:56 PM

Thank you for your comments. The publication of the comments are subject to the admin approval.